Edwanike Harbour offers up some streaming options for couples so they’re well-equipped for the lovers’ holiday.

Traditionally, Valentine’s Day can be a bit competitive in Madison. In order to reserve a table for two at a premiere downtown dining destination, you need to plan early. With the pandemic looming heavily over our heads, there are few in-person dining options. You could splurge on a takeout meal at L’Etoile. Or you may want to make a nice meal in the comfort of home and enjoy some romantic fare on streaming services. As V-Day is fast approaching, these three films centered around relationships will alternately have you believing in the power of love and feeling like you took a Cobra Kai punch to the gut. Ain’t love grand?

The opening shots of Derek Cianfrance’s Blue Valentine (2010), streaming on HBO Max, Tubi, and MUBI (from February 14-March 16), are quickly hushed by the appearance of a blue collar, paint-smeared Ryan Gosling (Dean) on screen. It just lends the feeling of a cinema verité journey through the joys and pitfalls of marriage. Cindy (Michelle Williams), Dean’s wife, works as an OB/GYN at a small private practice. Their daughter Frankie (Faith Wladyka), who practically steals every scene she is in, seems to run around oblivious to her parents’ crumbling love; her only concern is their missing dog. This only serves to make the couple’s slow-motion train wreck of a relationship even more painful.

Stylistically, Cianfrance shows the quirky, oh-so-cute beginnings of Dean and Cindy’s romance by weaving between their current tumultuous turns and the more idyllic times during their courtship. As bleak as it all is, the color palette and print are beautifully drenched in stunning blue hues. This nonlinearity may seem gimmicky to some, but the director handles it with expert hands.

Before Cindy met Dean, she was already dating an athlete at school while planning to go pre-med. On a chance encounter, Dean encourages Cindy to call him even though he has no personal number or phone. He ends up serenading Cindy on the street with a ukulele, which leads to passionate make-out sessions at her parents’ house, and a kind of overwhelming, all-consuming love that seldom lasts but feels exhilarating in the moment. Growing up in a loveless house where her father berates her mother, Cindy swears that is not how she’ll end up. But try as one might, patterns are unfortunately hard to break. That burst of dopamine only lasts for a moment before the crushing reality sets in. Dean and Cindy’s intimacy is brutal and stilted; and, while it’s clear why they got together in the first place, life inevitably gets in the way and fades the honeymoon. Blue Valentine’s final frame will stay with you while Grizzly Bear’s mournful score plays.

On a lighter but immensely quirkier note is mumblecore favorite Mark Duplass and Aubrey Plaza in the indie romantic comedy Safety Not Guaranteed (2012), Colin Trevorrow’s feature debut that’s available on Netflix. This really is a great film to watch as a couple, but it’s also well-suited for a lighthearted weekend watch party with friends. Fans of Hulu’s Save Yourselves (2020) will undoubtedly find much to love here.

Darius (Aubrey Plaza) is the stereotypical millennial trying to find a job to achieve one of those pesky cultural markers of success. After facing rejection at the most menial of jobs, she lands an internship at a local magazine. Along with co-worker Jeff (Jake Johnson) and another intern Arnau (Karan Soni), she volunteers to track down and get an interview with a guy named Kenneth (Mark Duplass), who’s listed a flyer ad about assembling a time machine and recruiting someone to travel back in time with him. Serious inquiries only, of course.

If there’s one area where Jake Johnson excels as an actor, it’s being smug, and he hilariously rubs everyone the wrong way in the film. As Jeff, he’s actually the first who tries to meet Kenneth, but Kenneth quickly sees through Jeff’s ruse. Arnau thinks Darius has it in her to disarm Kenneth at a supermarket where he works, so Darius embarks on a covert mission to trick Kenneth into believing she is sincere about his time travel mission.

Aubrey Plaza pretty much channels April Ludgate from Parks and Recreation here, but it totally works opposite Mark Duplass as this weirdly intense, paranoid dude who has a perfectly good reason to go back in time. Spoilers notwithstanding, all of us have dwelled on and traveled into the past to some metaphorical degree with the advent of social media, whether it’s looking up an old girlfriend or boyfriend or simply wondering what could have been. We can become immersed in these kaleidoscope memories of how we deified a person or put them on a pedestal, but no one can stay trapped forever in some idealized version after twenty years. All we have is the ability to make the best of the present.

Besides Plaza and Duplass’ amazing chemistry (which will hopefully lead to another caper together soon), one of the film’s highlights is Kenneth covering a Ryan Miller song. It will positively make you wish Mark Duplass would just drop the emo EP of the year and be done with the whole thing already.

Finally, 2016’s Moonlight commemorates both Valentine’s and Black History Month, streaming on both Netflix and Kanopy, which is often ranked among the best films of last decade. [As of May 2021, the film is no longer available on Netflix.] No easy feat considering the strong fare released between 2010-2019. Director Barry Jenkins shows audiences such great promise with this entry, as love can come in many forms and from all directions. It hits when least expected but has the power to transform one’s entire being in unimaginable ways. Before the film’s release, the subject of homosexuality had yet to be explored in this capacity on screen with more masculine black men. Moonlight offers a controversial yet tender look at how a brief but impactful same sex encounter affected a young boy.

Neatly told in three acts, the film begins with young Chiron (Alex R. Hibbert) trying to navigate the savage kingdom of childhood. His situation is complicated with a drug-addicted mother in addition to being bullied by classmates. Chiron strikes up an unlikely friendship and finds a father figure in a kind-hearted drug dealer named Juan (the brilliant Mahershala Ali), who teaches him to swim and provides a listening ear when the going gets rough.

As Chiron ages, he becomes even more pensive but remains smaller than some of his bullying peers. Ashton Sanders plays the adolescent Chiron here, who begins to discover his budding sexuality one evening in the beachy moonlight with a friend. What could have been a blossoming romance is not allowed to develop in the midst of a culture that devalues anything other than a brutal posturing or aggressive masculinity. Love is a powerful teacher, and he learns to painfully hide that part of himself away.

Eventually Chiron becomes an adult, portrayed by Trevante Rhodes, who is no longer a small waif of a child. He’s filled out into an imposing man not to be trifled with, who has taken the place of Juan and is now immersed in the drug trade. During Mahershala Ali’s 2017 Oscar speech, he opined about what happens when people are not allowed to be their true selves, hoping that the film would spark conversations in the black community about other ways of thinking, feeling, and being. Jenkins uses Juan as an ideal Apollo, who teaches the effectively orphaned Chiron about music, poetry, and the arts, which is a beautiful metaphor in the midst of a tragedy. The film rightfully earned an Oscar for Best Picture and should be remembered for the masterpiece that it is rather than this incident.

Classics like When Harry Met Sally (1989) will always be there, but if you like a little sour with your sweet, these three picks are guaranteed safe bets.

Edwanike Harbour is a film writer for Tone Madison. She has contributed to sites such as Madison Film Forum and Taste Of Cinema. She’s also an indie-rock aficionado and lover of mild, semi-soft white cheese. 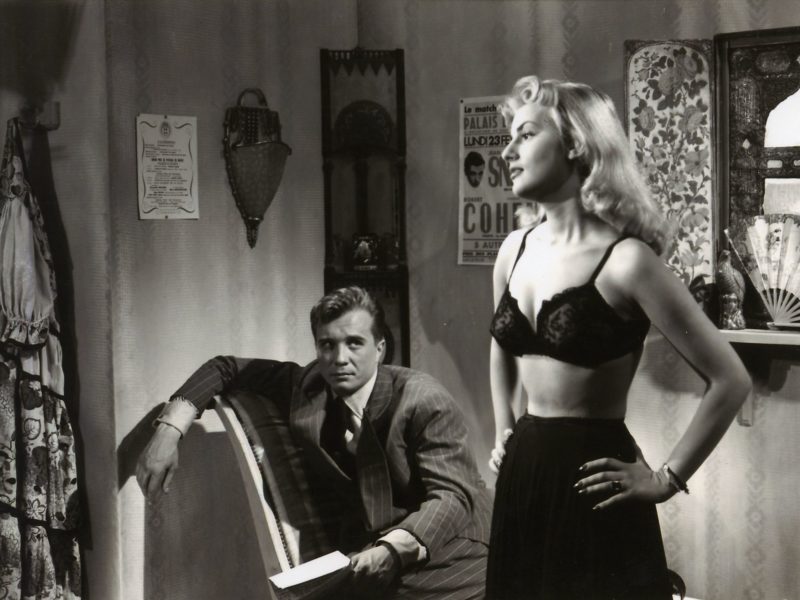