Illustration: Four Ho Chunk women in traditional camp dresses stand around a flagpole with the flag of the Ho Chunk Nation. The sky is pink and yellow with repeating applique motifs. Illustration by nipinet.

For all the times I wheezed up Bascom Hill during my undergrad career, I figure I’d have noticed if there was a flagpole. Maybe it was the blood pressure spike, lack of oxygen, or the inconspicuousness of flagpoles themselves, but if you asked me which, if any, flags flew over Bascom Hall, I wouldn’t have been able to tell you. 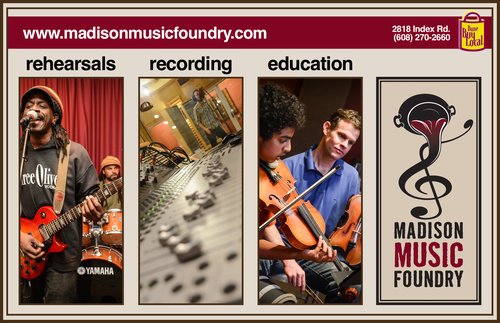 The UW-Madison administration now really wants us to know. To much fanfare (seriously, so much fanfare), the significantly smaller flag of the Ho Chunk Nation was raised beneath the national and state flags—not “alongside,” as UW press releases stated. The flags went up a bit after 10:30 a.m. on November 5 and retired at 4 p.m.: just over five hours flying over Teejop, or about as much time as some Ho Chunk members who traveled from the Dells, Tomah, Black River Falls, and Wausau spent traveling to what felt at times like a Native November photo op for the University.

For Ho Chunk organizers, the Ho Chunk Nation, and other Native UW students, faculty, and staff, this event was a needed, intended recognition of their permanent connection to this place. The joy on social media was palpable: I saw dozens of shares and communal excitement. Seeing photos of the eagle staff, big drum, and individual regalia on Bascom Hill felt like a return in the best of ways. It was Bascom Hill as it is meant to be. For the Native folks who worked so hard to make it all happen, the pride they have in their culture, their community, and their own work is valid and worthy of celebration. That celebratory perspective should not be extended to UW administration.

The flag will not be raised again until March, 2022, and considering this month’s event was billed as once in a lifetime and the University will “solicit feedback from everyone involved about the potential for similar ceremonies in the future,” the flag of the Ho Chunk Nation is unlikely to fly on campus regularly for the foreseeable future. Pride flags have had longer flying times on campus.

But the flag of the Ho Chunk Nation is not a socio-demographic representation. It is the flag of a sovereign nation with a population, government, and constitution. For myself, and other, way smarter people versed in Tribal law, to see a smaller flag flying beneath both the state and national flags felt like a visible erosion of tribal sovereignty.

Tribes within the United States’ borders are recognized as distinct, independent political communities or domestic dependent nations. As such, correct application of US flag code means that the Ho Chunk Nation flag and the American flag would be the same size and fly evenly alongside each other (which flag is rightmost is an argument for someone else). Other Tribal flag codes account for this and acknowledge the flag’s position as a representation of sovereignty.

Bascom Hall only has one flagpole, in which case, why couldn’t the Ho Chunk Nation flag fly alone? Especially for the few hours the flag was up and the amount of time, coordination, and love Ho Chunk organizers put into the event. My neighbors only fly a Bucky flag, and we all know The Badger is not the governing body of their home, mostly. To acknowledge this land as inherently Ho Chunk with the current infrastructure available, that halyard should have only flown the Ho Chunk flag.

While these violations of a sovereign nation’s flag and visual impact may simply have not been considered by UW administration, I’ve personally sat in way too many rooms with my colleagues after meetings with PWIs—shaking our heads—wondering what microaggressions, ignorance, and racism we’re willing to tolerate to bring Native representation to these same institutions. It’s a lot, and more than I care to admit. I can’t imagine the concessions made by Native leadership within the UW for this event to happen.

The sum of these painful compromises and the UW’s own troubled Native relations was compounding. The widely photographed event played on the troubled history the Ho Chunk have experienced with expected performativity—most notably in the tourism blight of the Wisconsin Dells. With only the Ho Chunk Nation represented, the University ignored the many other Native Nations ancestrally connected here. Each one of those linked words is a Tribe with historical ties to this land—the Meskwaki (Sac & Fox), Peoria, Očhéthi Šakówiŋ (Great Sioux Nation), Kiikaapoi (Kickapoo), Myaamia (Miami)—often ignored to appease settler-colonial notions of borders and reduce University accountability. Notably, the UW again used this event to skirt acknowledgement that it exists as a land grant/grab institution and seeded its endowment by selling 240,000 acres of Ojibwe and Menominee land.

It’s telling for a university whose most prominent mode of Native representation is plaques, plaques, and more plaques. Some signage has been thoughtfully curated by the Native UW community specifically for the Native UW community (and appreciated by many more), but plaques in general are markers of a situational historic past and do little to support Native students, the living embodiments and carriers of the cultures the University professes to value.

Yet, Native students are not even counted in the UW census, which routinely leaves Native students out of their reported demographics (and major planning efforts) year after year after year. About 100 current UW graduate and undergraduate students identify as Native American—on a campus of 46,000. That’s 0.2% of the student body: Tribal peoples make up 1% of the Wisconsin population and 1.3% of the national population. Those numbers, and their lack of publication, should be enough to identify a major issue at UW.

Any current or past Indigenous student, myself included, could provide multiple personal incidences of racism and mistreatment on campus. As other schools, even UW rivals, are offering free tuition to Native students (which would require an act from state legislature), rematriating, holding culturally-specific spaces for Native students, and actively confronting damages that have caused intergenerational trauma for Native students, the University of Wisconsin has been on damage control and making performative attempts at solidarity while providing few spaces for Native students. Native presence, contemporary and historic, is so isolated from the main student body.

University efforts for conspicuous Indigeneity have also faced challenges. Dejope residence hall is the most visible, physical representation of Indigeneity on campus. Very few Native students live there, despite its name deriving from the Ho Chunk name for this region, Teejop, and its wide collection of Native imagery. That is partially because it attracts so many non-Native students (no priority is given to Native applicants) and also its now-shameful reputation as a lightning rod for anti-Native racism.

Like the flag-raising on Bascom Hill, the acknowledgement of Native presence on campus often feels perfunctory. The University repeatedly hires non-Native personnel in positions necessitating Tribal engagement to best support the Native campus community. Instructors and staff must fight for funding to teach culturally significant classes, and their standard cultural practices then face the overbearing scrutiny of UW administrators. Perhaps it is simply the unethical foundation (literally) of the school, which has obfuscated the source of the land for its funding, idolizes without consideration the president who ordered the largest execution in American history with the Dakota 38+2, and whose outgoing chancellor says, “I don’t know what else I could be doing to serve Wisconsin better.” Maybe the next chancellor can support the First Nations of this place.

The UW is actively working on bettering relations, but as so many have said, there needs to be more and sooner. Most students struggling up Bascom Hill will not have noticed the Ho Chunk flag for the brief hours it flew. For those that did, it is not its fleeting presence, but its lingering absence, that will remain with them.

Transparency note: I went to the University of Wisconsin—Madison and have worked a bit with campus institutions since. I admire all the Native students, staff, and faculty who are actively teaching, studying, and surviving there. Many thanks to Ho Chunk and other Native community members who reviewed this piece before publication.

There’s more where this came from.

If you enjoyed this story, sign up for the Tone Madison email newsletter. It’s the best way to keep up with our work, and it hits your inbox every Thursday morning, complete with our special Microtones column and more.

nibiiwakamigkwe (they/them/awi, pictured here with illustrator Nipinet, on the left) is an Onyota’a:ka, Anishinaabe, Métis, and waabishkiiwed Two-Spirit artist and organizer working in traditional Indigenous craftwork and contemporary Woodlands style to foster awareness of land protection, Indigenous cultural landscapes, and complexity of identity. They currently co-own and operate giige, an Indigenous and Queer arts and tattoo space, in Teejop//Madison, Wisconsin. 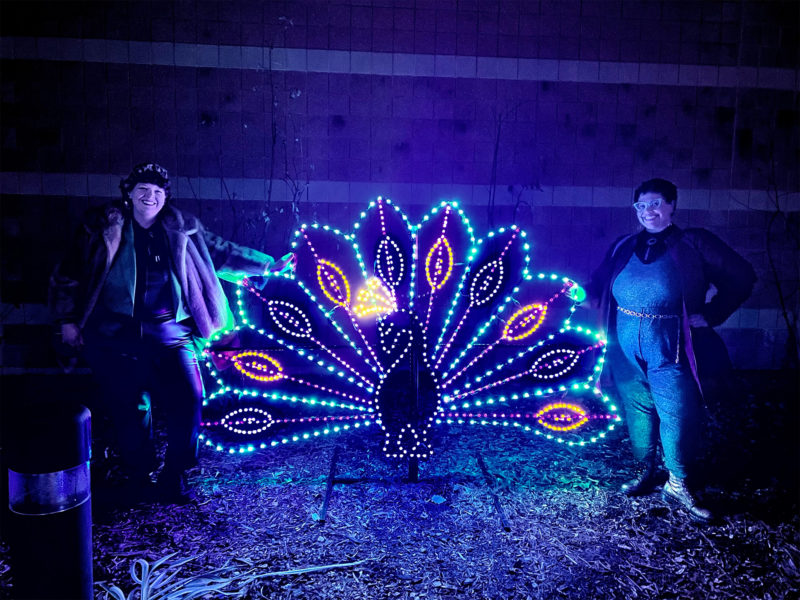